At D23 Expo today, we got a first look at the two protagonists for Pixar’s upcoming film ‘Elemental‎’ releasing next year!

Disney’s Pixar today named the lead voice actors for its upcoming animated feature, Elemental. The film’s director Peter Sohn and producer Denise Ream, who previously collaborated on The Good Dinosaur, announced the castings, as they brought to the stage actors Mamoudou Athie (Jurassic World Dominion) and Leah Lewis (The Half of It).

Inspired by Sohn’s childhood in New York, Elemental journeys alongside an unlikely pair, Ember (Lewis) and Wade (Athie), in a city where fire, water, land and air-residents live together. The fiery young woman and the go-with-the-flow guy are about to discover something elemental: how much they actually have in common.

“The idea [for Elemental] started with my parents. As immigrants to the U.S. from Korea in the ’70s, they had no family, nothing. But they managed to create a life here in New York,” Sohn said in introducing the film. “And just like them, many people have left their people and families to a new land, with hopes and dreams, all mixing into one big salad bowl of cultures, languages and neighborhoods.”

Ream went on to describe the story as one “about anyone who’s ever made a sacrifice or taken a risk, set it in the hustle and bustle of the city, but with a twist.”

D23 Expo spectators were also treated to a reel of animation and concept art from the film’s development process, exploring how they created a world of the different elements. “Five Days at Memorial” release Official Trailer, it will be available on Apple TV+ on August 12 DC will launch a new comic “Riddler: Year One”, “The Riddler” himself Paul Dano as comic writer 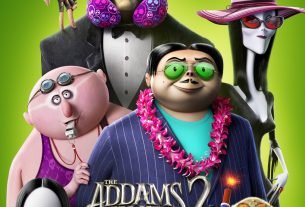