Pixar officially announced that they will follow up 2023’s ‘Elemental’ with ‘Inside Out 2’. News was confirmed at the panel by star Amy Poehler, revealing that Kelsey Mann (The Good Dinosaur) will direct from a script by Meg LeFauve. “I read the script and it’s amazing,” Poehler confirmed.

The movie will take place only inside Riley’s head, now a teenager, with new emotions coming into the fold. A summer 2024 release date was announced.

This marks the sixth Pixar franchise to earn a sequel, following in the footsteps of Cars, The Incredibles, Finding Nemo, Toy Story, and Monsters, Inc.

It isn’t the first time Pixar has returned to the world of Inside Out, though; there are a half-dozen shorts featuring Riley and her emotions which have been released since the movie originally hit theaters.

Pixar tends to play things pretty close to the vest, though, so it isn’t clear yet what the story of the sequel will be, or which cast members from the original Inside Out might be back.

The original Inside Out starred Phyllis Smith, Amy Poehler, Mindy Kaling, Lewis Black, and Bill Hader — among many others — in a story that centered on anthropomorphic emotions jockeying for control of the brain of Riley (Kaitlyn Dias), who is struggling to adjust to a move.

The film earned more than $850 million globally, making it one of Pixar’s top-grossing films of all time.

And considering that movies like Toy Story and The Incredibles ended up earning more for their sequels than for their initial installments, that has to make Disney feel pretty good about Inside Out 2’s prospects.

From the tepuis of South America to a monster-filled metropolis, Academy Award-winning director Pete Docter has taken audiences to unique and imaginative places. In 2015, he will take us to the most extraordinary location of all – inside the mind of an 11-year-old named Riley.

Growing up can be a bumpy road, and it’s no exception for Riley, who is uprooted from her Midwest life when her father starts a new job in San Francisco.

Like all of us, Riley is guided by her emotions – Joy (Amy Poehler), Fear (Bill Hader), Anger (Lewis Black), Disgust (Mindy Kaling) and Sadness (Phyllis Smith).

The emotions live in Headquarters, the control center inside Riley’s mind, where they help advise her through everyday life. As Riley and her emotions struggle to adjust to a new life in San Francisco, turmoil ensues in Headquarters.

Related Post: Pixar is developing a ‘Inside Out’ sequel, details to be revealed at Disney’s D23 expo. The first wave of reviews of “Fast and Furious 9” after its premiere in China: The action scene lacks novelty and the plot is extremely boring 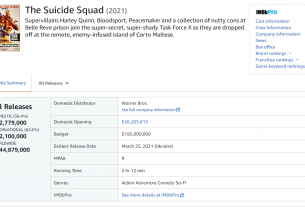