“Once Upon A Time In Hollywood” novel published, the new trailer has many new scenes.

Quentin Tarantino’s “Once Upon A Time In Hollywood” has been released for almost two years, and Quentin’s promised novel will also be officially released on June 29 this year.

Sony and the publisher edited a new trailer for promotion. There are many new images of Brad Pitt and Leonardo DiCaprio.

The child star Trudi played by Julia Butters and Charlie of Damon Herriman also have some new shots.

Quentin Tarantino has not been busy with anything else in the past two years, except for writing this novel, just being a dad at home with peace of mind.

In February 2020, he and his wife Daniela Peak’s son were born in Israel. At the age of 57, he finally became a father.

Since new trailers can be cut for novel publication, is it possible for an extended version of “Once Upon A Time In Hollywood” to be born.

In fact, the movie itself is 2 hours and 41 minutes long. It is worth mentioning that Quentin worked with Netflix a few years ago to cut his “The Hateful Eight” into a 4-episode miniseries.

In this way, the audience continues to experience the big screen and can see more stories of the characters on the small screen.

Related Post:”Once Upon A Time In Hollywood”: A Love Letter with Blood. 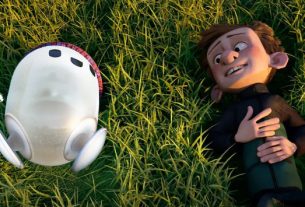 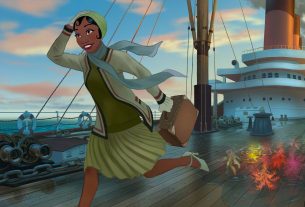 “Tiana”: Disney animated film “The Princess and the Frog” will launch a sequel TV series