According to media reports, actor Norman Mark Reedus talked about the upcoming “The Walking Dead” spin-off in a recent interview, saying that the work will give people a “different” feel.

“I’m going on a brand new mission, and I’m excited about it,” Norman Mark Reedus said. “It’s going to be very different from The Walking Dead. I think it’s going to look a lot different than before. It’s different, it’s a different look and feel. You know, it’s a little bit of it’s own thing, so I’m excited to be in it.”

When talking about the split after the final season of “The Walking Dead”, Norman Mark Reedus further expressed his powerlessness. He didn’t deliberately keep silent about the split, but because of some things, even he himself Sure.

The spin-off was originally planned to focus on “Carol” and “Carol”, but follow-up “Carol” actor Melissa McBride announced her withdrawal from the cast.

Regarding the official broadcast time of the show, it is officially determined that it will not be announced until the end of the eleventh season of “The Walking Dead”, which is also one of the many spin-off works from “The Walking Dead”. 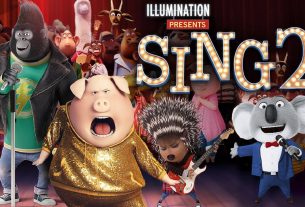