Thor: Love and Thunder’ was the runner-up at the box office with $22.1 million and accumulated nearly $600 million worldwide.

In third place was ‘Minions: The Rise of Gru’, which grossed $17.7 million over the weekend, and Northern America accumulated $297 million.

Jordan Peele’s new film is a supernatural horror movie revolving around UFOs, with a $44 million opening that is a significant step back from the $71 million of his last film ‘Us’.

But this has been the best original opening performance during the epidemic, with the last good performer being the comedy ‘The Lost City’ which grossed $30.5 million.

Nope’ budget of $68 million, in the horror film is considered a large investment, $44 million opening box office performance is slightly lower than expected, but also with the sequel film ‘Fantastic Beasts: The Secrets of Dumbledore’, the game adaptation of the film ‘Uncharted’ performance in the same period.

‘Nope’ has a B rating on CinemaScore, an 82% Rotten Tomatoes freshness rating, and a 71% Popcorn Index.

‘Thor: Love and Thunder’ rings in its third week down 53% to finish second at the box office with $22.1 million, with Northern America accumulating $276 million (soon to become the 18th MCU film to cross $300 million).

Compared to ‘Thor: Ragnarok’, which accumulated $247 million at the box office in its third week and eventually grossed $315 million, ‘Thor: Love and Thunder’ still performed better than its predecessor at the box office, despite poor word-of-mouth.

‘Minions: The Rise of Gru’ got $17.7 million in the third week at the box office in third place, down 34% from a year earlier, and Northern America accumulated $298 million, up from $28.8 billion in the same period for ‘Minions’. Illumination’s animated film has accumulated $640 million at the global box office.

In fourth place is the second week of release ‘Where the Crawdads Sing’, last weekend received $ 10.3 million at the box office, Northern America cumulative box office of $ 38.3 million.

Plot: Krypto the super dog and Superman are inseparable best friends. They share superpowers and fight side by side against crime in Metropolis.

But when Superman and other members of the Justice League were kidnapped, Krypto must convince a group of small animals in the shelter, including Ace the hound, PB the fat pig, Merton the turtle, Chip the squirrel to form the ‘League of Super-Pets’ to help them master the super powers just acquired, together to save the superheroes. 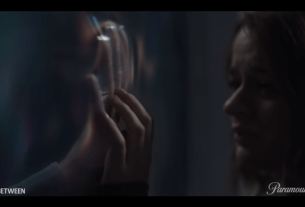 “The In Between” Starring Joy King Releases Official Trailer