Zoey Deutch and Dylan O’Brien star in the new film ‘Not Okay’ released a new poster, the film will be online on Hulu on July 29.

‘Not Okay’, written and directed by Quinn Shephard (‘Blame’), follows a misguided young woman who craves friends and fame as she pretends to travel to Paris to boost her social media profile.

When a terrible event suddenly happens in the real world and becomes part of her imaginary trip, her well-intentioned lie becomes a moral dilemma that gives her all the attention she wants.

Related Post: Comedy ‘Not Okay‎’ Releases Official Teaser, it will be available on Hulu on July 29. “The Lord of the Rings: The War of the Rohirrim” announces that it will be released in North American theaters on April 12, 2024 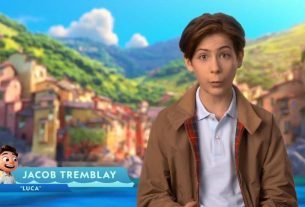