According to media reports, Lady Gaga is in talks to join ‘Joker 2’, or will work with ‘Joker’ Joaquin Phoenix. The negotiations are still in the early stages , after the talks Gaga will play Harleen Quinzel in the film.

The media also revealed an important news, ‘Joker 2’ will be a musical movie!

Although the photos of Joaquin Phoenix reading the script have been previously revealed, but according to follow-up reports, Phoenix has not yet officially signed, still knocking on the contract.

The title of ‘Joker 2’ is ‘Joker: Folie à Deux’, which is still in the preparation stage.

Related Post: Fans make poster for “Joker: Folie à Deux” , Joker in a suit not to hide his madness 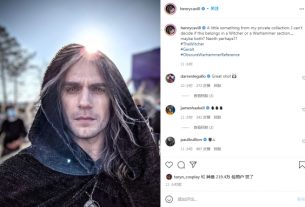 Henry Cavill shared photos of the shooting scene of “The Witcher Season 2”, “Geralt” will be launched soon!