According to media sources, Netflix has settled a $5 million lawsuit against the streamer as well as ‘The Queen’s Gambit’. Terms of the settlement have not yet been announced.

Nona Gaprindashvili claims the problem is as follows.

“The only thing unusual about her, really, is her gender, and even that is not unique in Russia,” said one commentator, commenting on a tense and exciting match between Beth Harmon (Anya Taylor-Joy) and a male challenger in Moscow in 1968. “Although there had been Nona Gaprindashvili, she had never faced a man as a female world champion.”

And the fact is that as of 1968, the year this episode took place, Nona Gaprindashvili had played against at least 59 male players (28 of them in the same tournament), including at least 10 chess masters of the time. 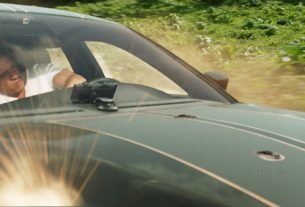 “Dungeons & Dragons” will be released on March 3, 2023, and it’s styled like “Game of Thrones” mashed up with “The Princess Bride”