‘Surinam’ is adapted from the true story of a private entrepreneur who risked his life to assist the National Intelligence Agency in a covert operation to capture a Korean drug lord in Suriname, South America.

Jung-woo Ha plays the role of an officer who helps to capture the drug lord, Jeong-min Hwang plays the drug lord who controls Suriname, and Woo-jin Jo, Yeon-Seok Yoo, Hae-soo Park, and Ja-Hyeon Chu play the roles of a member of a drug trafficking organization and a key member of an intelligence agency, respectively. 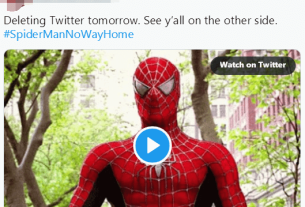 Afraid of being spoiled about the plot of “Spider-Man: No Way Home”, netizens around the world have uninstalled Twitter