Recently, ‘Minions: The Rise of Gru’ has revealed a brand new clip. In the clip, the three Minions follow a kung fu master to learn “iron head”, but no Minions can hit the wood with their heads.

Finally,  Stuart made a “black trick”.

Chinese elements are everywhere in the clip. Chinese characters, banners, kung fu, are everywhere. And the kung fu master is a woman who looks like a chef, voiced by Michelle Yeoh.

‘Minions: The Rise of Gru’ is a prequel to the ‘Despicable Me’ series at the time trail level, taking place in Gru’s teenage years and telling the story of his relationship with Minions.

As a sequel to ‘Minions’, ‘Minions: The Rise of Gru’ will once again showcase Illumination’s trademark humor, wild imagination and rich pop culture.

The film is produced by the “father of Minions” and Illumination CEO Christopher Meledandri. According to the plan, the film’s Northern America release date is scheduled for July 1, 2022.

Related Post: ‘Minions: The Rise of Gru’ released the poster of the linkage ‘Everything Everywhere All at Once’,Three-eyed Minions travel through time and space.

Related Post: ‘Minions: The Rise of Gru‎’ and US version of ‘The Office’ linked short video. Season 2 of the animated series “Star Wars: Visions‎” is in production, and the new season will be released this year! 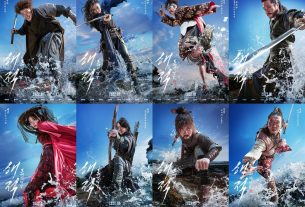 “The Pirates: Goblin Flag” released a character poster, it will be released in South Korea in January next year