The Marilyn Monroe biopic “Blonde” starring Ana de Armas has officially received a large-scale NC-17 rating (no viewing under 18), and the MPA’s reason for the rating is “some sexual content”.

There has been some controversy about the content and scale of the film before. It is rumored that Netflix hopes to have a lower level, such as R-level, which is more conducive to distribution.

Director Andrew Dominik clarified that: The film has always been planned to be made into NC-17 (it was not officially rated at the time), and Netflix has always supported this.

Dominik also said, “This is an NC-17 film about Marilyn Monroe, and that’s what you want to see, right? I wanted to see an NC-17 version of the Marilyn Monroe story.  … the film asked for Pretty high, if the audience doesn’t like it, then it’s their problem, and it’s not a run for office.”

He also revealed that the film has a critical attitude towards those recognized “unscrupulous things” in the United States, and that the Metoo movement could make this film: “Because people have no interest in this kind of shit— —What it’s like to be a girl you don’t like, what it’s like to be run over by the meat grinder of Hollywood.”

Related Post: Monroe’s biopic “Blonde” release trailer, it will be available on Netflix on September 23. 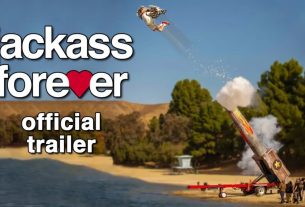