After more than a year of preparatory work, the new version of ‘Blade’ finally has the exact news of the start of production. It is understood that the film will start shooting in October this year, in Atlanta, USA, and the release date is scheduled for November 3, 2023.

As for the cast, the famous black actor Mahershala Ali will play Blade himself. This is a big challenge for Ali, who has long been known for his literary image.

In addition, Aaron Pierre and Delroy Lindo will also star in the film, and British Bassam Tariq will take the helm; the screenplay is set to be written by Stacy Osei-Kuffour, the writer of the drama versions of ‘Watchmen’ and ‘Hunters’.

Blade is an American Marvel Comics superhero, because his mother, Milliam, was bitten by the vampire Deacon Frost when she was about to give birth to him, and died after he was born, so he has half-human and half-vampire blood, and grew up to become a vampire hunter.

Currently, the Marvel Universe has proceeded to the fifth stage, and more importantly, Blade never showed up within the first four stages.

And from Marvel’s lineup, Marvel this time will not only introduce Blade the role, will also introduce such as vampires and other monster characters.

In this way, the number of characters in the entire Marvel Universe will become larger, and the variety of characters will be richer. “The Last of Us‎” live-action drama new stills, the abandoned car house perfectly restores the end of the world ‘Isle of the Dead’: AMC will create a new ‘The Walking Dead’ spin-off 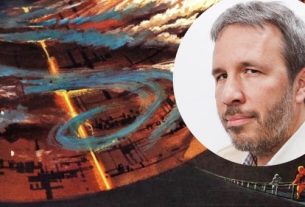