Kevin Bacon joins “The Toxic Avenger” and will collaborate with Peter Dinklage.

Recently, according to foreign media reports, the famous actor Kevin Bacon will join the crew of “The Toxic Avenger”.

Co-starred with Peter Dinklage in a film called “The Toxic Avenger”.

It is reported that this will be a remake, and the original film became a benchmark for cult movies in the 1980s.

The original “The Toxic Avenger” is a cult movie that combines science fiction, comedy, and thriller.

The original film was directed by Michael Herz and Lloyd Kaufman. Once it was launched at that time, it became a favorite object of many movie fans.

The film’s story is simple and crude. It tells a mentally handicapped young man with a thin body. He is a mop cleaner in a fitness center.

One day, he was played with and became a joke among the public, and accidentally fell from the glass window upstairs.

As a result, he accidentally fell into a certain chemical industry waste water, and his body was severely injured by radiation, and the gene mutated into a monster.

He decided to take revenge and declare war on the evil forces.

In 1985, the film was released and immediately became a topical film.

Afterwards, the filmmakers took advantage of the hot iron and shot three sequels and an animated cartoon, creating a universe around the character “Toxie”.

In addition to movies, “The Toxic Avenger” is also a huge IP, which has been adapted into musicals and comics for performances.

However, due to the worrying level of subsequent films, and “The Toxic Avenger 4” was born in 2001, Hollywood was at a turning point at this time.

Therefore, since then, the work has ceased, and there will be no sequels.

According to the plan, the film will be written and directed by Macon Blair, director of “Small Crimes” and “I Don’t Feel at Home in This World Anymore”.

Related Post:”The Toxic Avenger” will be remake, with Peter Dinklage as a superhero. 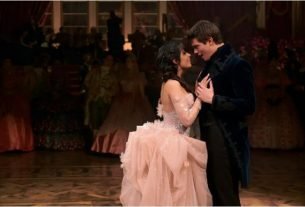 Camila Cabello starring in “Cinderella” has a bad reputation, and the score is below the pass line 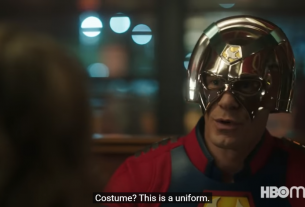