‘Game of Thrones’ prequel spin-off drama ‘House of the Dragon’ first season final episode will be officially broadcast this Sunday, yet it was leaked in advance last night, the dragon family chaos – Dance of the dragons is about to kick off.

In the leaked video clip, the villain Aemond remove the eye patch, azure fake eyes with the evil character shape, some handsome, the character also gained a lot of fans after the episode aired.

HBO issued a statement saying, “We are aware that episode 10 of ‘House of the Dragon’ has been posted on an illegal download site that appears to have originated from a distribution partner in the EMEA region (Europe, Middle East, Africa). HBO is actively following up and removing these copies from the network, and we are disappointed that this illegal practice has interrupted the show’s loyal Fans of the show will be able to see the original version of this episode on HBO and HBO Max this Sunday, with HBO Max exclusively available in 4K.”

Previously ‘Game of Thrones’ main movie and many information had also been leaked in advance. 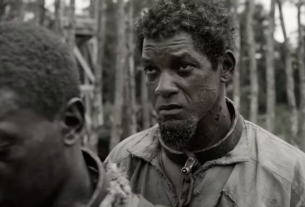 Marvel’s ‘I Am Groot‎’ releases new poster, Groot‎ is cute