The second episode of the ‘Game of Thrones’ prequel series ‘House of the Dragon’ Season 1 was officially updated yesterday. Total viewership of HBO Live and HBO MAX streaming nationwide reached 10.2 million, up 2% from the opening episode.

A few days ago, the second episode of the massive stills also released, let’s take a look at it.

‘House of the Dragon’ Season 1 episodes cost a reported $200 million to produce, a total of 10 episodes!

The series is co-produced by George Raymond Richard Martin and is set 300 years before the power trip, based on Martin’s history book ‘Fire & Blood’ about the House of Targaryen and the ‘Danceof the Dragons’. Civil War of the Dragons!

Also interesting is that ‘Game of Thrones’ is up in HBO MAX streaming viewership, up 30%, spurred by ‘House of the Dragon’! It is currently ranked as the runner-up in HBO MAX hotness. 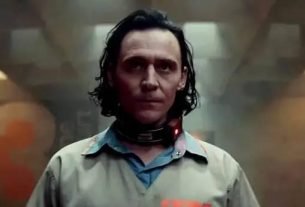