The Russo brothers’ AGBO company is involved in the production of the film, with Dave Callaham (‘Shang-Chi and the Legend of the Ten Rings’, ‘Wonder Woman 1984’) writing the first draft script and currently looking for a screenwriter to do a rewrite.

1997 animated film ‘Hercules’ adapted from Greek mythology, about Hercules, son of Zeus, who grew up on Earth as a human, but with infinite power, he fell in love with human Megara, teamed up with a lustful man named Phil to become a real hero and to stop Hades, the king of the underworld, from destroying the world.

Related Post: Will Disney’s “Hercules‎” directed by Guy Ritchie be a boon for the live-action of fairy tale movies? 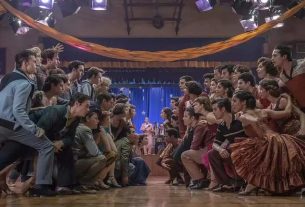 The premiere box office wins! Can Spielberg’s “West Side Story” become popular with its high reputation?