Including Linna Heidi, Michelle Yeoh, and the “Queen” Angela Bessett of the Panthers all appeared, and the lineup is very strong.

Judging from the trailer released earlier, the film looks like a replica of “John Wick”, except that the killer has become a woman.

“Gunpowder Milkshake” will be launched on Netflix in the United States on July 14 this year, and the schedule will be announced in other countries and regions.

This is a female-led high-concept assassin theme, rich in mythology, and the story spans several generations.

Sam (Karen Gillan)’s mother Scarlett (Lina Headey) is an elite assassin. Sam was only 12 years old when she was forced to abandon her.

She was raised by the ruthless criminal group-company her mother worked for.

Now, 15 years later, Sam follows in the footsteps of her mother and grows into a fierce female killer.

During an assassination mission, Sam chose between serving the company and protecting the life of an innocent 8-year-old girl.

Facing the company’s pursuit, Sam had to find her mother, as well as librarians Michelle Yeoh, Angela Bassett, and Carla Gugino to help.

These three generations of female killers must now learn to trust each other and bravely confront the company and the people who come to kill them.

The screenwriter and director of “Gunpowder Milkshake” is Navote Papusado. Navote’s previous works include “Big Bad Wolf” and so on. Ehud Lavski is a co-writer. 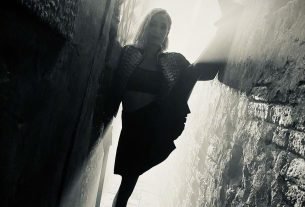 “Minions: The Rise of Gru‎” released a Korean version of the poster, Minions turned into a flight attendant