Chris Evans and Ana de Armas are filming the co-starring romantic adventure film “Ghosted”, and the video and photos of the two kissing in the film are exposed!

The original heroine of the film was Scarlett Johansson, who later withdrew due to an impulsive schedule. The new heroines Ana and Evans had previously collaborated on “Knives Out” and “The Gray Man” directed by the Russo brothers (released in July this year).

The plot of the film has not yet been announced, but it is said that the background of the story is around the 1950s and 1970s, during the “space race” between the United States and the Soviet Union. “Choose or Die‎” IGN 5: I don’t know what it wants to say 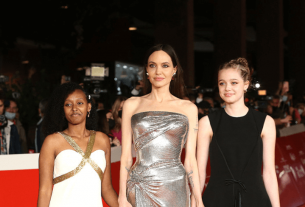