The official poster of the new work “The Tender Bar” directed by George Clooney is released.

“The Tender Bar” is adapted from the best-selling autobiography of the same name by J.R. Moehringer.

The actor played by Tye Sheridan grew up on Long Island, New York, and disappeared when his father was a DJ when he was young.

Related Post: Ben Affleck debuts at the premiere of “The Tender Bar”, sweetly kisses his girlfriend Lopez on the red carpet.

Since then, the boy has been looking for the father image in his life.

And the customers in his uncle Charlie’s bar showed him love.

According to plan, “The Tender Bar” will be released in North America on December 17, and the film will be launched on Prime Video on January 17, 2022. The studio photos of “One Piece” live-action drama are exposed, is this “Going Merry” enough to restore? 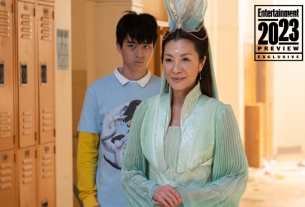