A previously backlash at the Oscars is back: some awards are not given live at the ceremony.

The Academy of Motion Picture Arts and Sciences (AMPAS) has informed candidates for the 8 awards, promising that all awards will be presented in the presence of a lively audience at the ceremony, and the awards will be broadcast live.

The move is naturally aimed at attracting audiences and preventing tediousness, and AMPAS has promised to increase the comedy elements of the awards ceremony, the screening of film clips and the time of cabaret performances, in an attempt to increase the interest of live audiences.

In recent years, the live Oscar ratings have been dismal, and this year’s Oscar shortlisted films are also considered to be less popular. For example, only “Dune” in the best picture box office exceeds 100 million US dollars.

The 2019 Oscars tried to prevent a small number of awards from being awarded live, but they were withdrawn after being strongly opposed.

Many AMPAS council members are also chapter members of the affected awards, so there has been a lot of debate within the academy for similar ideas.

This time AMPAS pledged to strive to balance the interests of nominees, winners, Academy members and the audience of the awards ceremony “for everyone to enjoy this evening”.

It’s unclear whether the presentation of the awards at the 2023 Oscars will be broadcast live.

Related Post: The 2022 Oscars set up “fan favorite movie” for the first time, and Twitter users can vote for their favorite movies. 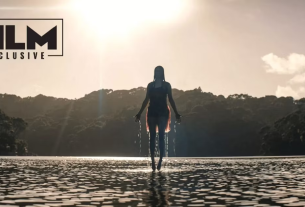