The official opening of this year’s Berlin Film Festival is the film “Peter von Kant” directed by François Ozon and starring Isabelle Adjani and Denis Menochet.

The Berlin Film Festival will be held from February 10 to February 20.

It follows the evolving relationship between a fashion designer, stylist and a newcomer to the modeling world.

“Peter von Kant” will have its world premiere on February 10 as the opening film. ​

Related Post: “Peter von Kant” trailer released, it will be released in France on July 6 . 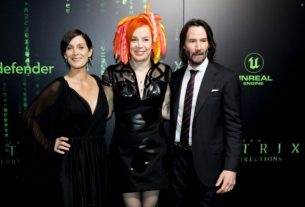 “Extraction 2” is preparing to shoot, Chris Hemsworth is active in fitness