Felicity Jones, Jonathan Bailey, Jason Isaacs will star in the comedy “Maria,” written and directed by Simon Amstell (“Benjamin‎”), which will begin filming in the fall.

Maria is an escapist who struggles to accept her age, the love of her boyfriend Eddy (Bailey) and the indifference of her father (Isaacs).

She meets new stepbrother Raffy at her father’s wedding and discovers an opportunity to feel young, free and desirable.

However, Maria and Raffy’s apparent sexual chemistry takes a turn for the worse after learning that their father has been diagnosed with a terminal illness. 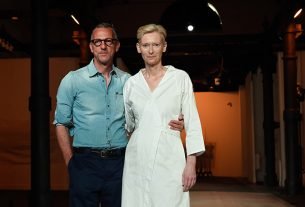