A few days ago, Universal announced that the film adaptation of the hit musical “Wicked‎” will be divided into two parts.

Director Jon M. Chu, who helmed “Step Up 2: The Streets‎”, will pick up the tube and direct the film at Universal.

“Wicked‎” is a creative deconstruction and retelling of the well-known “The Wizard of Oz‎” story.

The play began in 1996, when composer Stephen Schwartz heard about the novel from a friend.

And “Wicked‎” author Gregory Maguire set his novel on “The Wizard of Oz‎” and wrote it from the perspective of the bad witch of the West.

This kind of story was liked by Stephen Schwartz, who had always liked to write old stories with new twists, and immediately adapted them into a stage play.

The story of the play takes place between two witches, Elphaba, who is emerald green and excluded from others, and Glinda, who is charming and lovable and has lofty aspirations. After experiencing a series of ideals and disillusionment, betrayal and forgiveness, a deep bond And the unspeakable friendship, and harvested their own experience and growth.

Film director Jon M. Chu got his start in musicals. In his early years, he has filmed “Step Up 2: The Streets‎” series, “The LXD: The Legion of Extraordinary Dancers” and “Justin Bieber’s Believe‎” and other films. 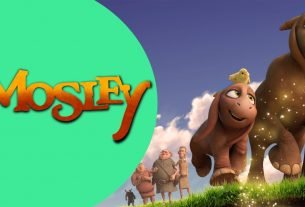