Recently, Sony Pictures officially announced “Venom 3‎” at the international CinemaConCinemaCon, revealing that it has started the development of the project, which is initially scheduled to be released in 2024.

Viola Davis, the heroine of “The Woman King‎” produced by Sony Pictures, won the Trailblazer Award.

In addition, the sequel to “Ghostbusters: Afterlife‎” and the first Latino antihero and Spider-Man villain El Muerto are also in production.

The “Spider-Man: Across The Spider-Verse‎” and “Bullet Train”, which have attracted much attention from the industry, released video clips on the spot, arousing the expectations and carnivals of domestic and foreign fans.

It is reported that “Venom 3‎” produced by Sony Pictures, although there is no lineup information at present, this project is undoubtedly one of the most concerned projects at the international CinemaConCinemaCon.

The first two installments in the series, standalone films with Spider-Man villains, have grossed more than $1.4 billion worldwide.

Sony launched the third film while the iron was hot, which naturally aroused the attention and expectation of fans.

In addition, the international CinemaConCinemaCon awarded the Viola Davis Trailblazer Award to the heroine of “The Woman King‎”, which will be released on the big screens in Northern America in the fall.

Viola Davis introduced the film when accepting the award, saying that it is a film full of love, courage, challenge and wonderful, and the film may hit the Oscars.

“The Woman King‎” focuses on the rise and fall of the women’s army in Dahomey, West Africa at the end of the 19th century. The royal guardsmen in the Marvel superhero movie “Black Panther” are based on this, and Viola Davis plays the most elite of all time. Female warrior leader.

When the preview was broadcast live at the conference, the audience burst into applause, which can be said to be highly anticipated.

Although the clip has not yet been fully produced, the clip shows “Female Spider-Man” Gwen, Spider-Man2099, and a woman with five “Spider-Woman” Jessica Miriam Drew, a month pregnant, plays against Vulture.

On the other hand, “Spider-Man” Myers wants to apply for a physics course at Columbia University, and plans to participate in the development of a project that travels through the multiverse.

The film is based on the mystery mystery novel “Bullet Train” by Kotaro Isaka and is directed by David Leitch (“John Wick” “Deadpool 2” “Fast & Furious Presents: Hobbs & Shaw‎”).

The film’s protagonist group of killers, such as Pitt as the down-and-out killer “Ladybug”, Joey King as the low-key teenage assassin “Prince”, and Aaron Taylor-Johnson as the killer “Tangerine”, will be released in Northern America on July 29.

In addition, Sony Pictures also officially announced that it will develop a sequel to “Ghostbusters: Afterlife‎”. The previous film has a total global box office of 184 million US dollars. .

In addition, the first Latino anti-hero and Spider-Man villain film “El Muerto” is in production, rapper “Bad Bunny” (Bad Bunny) will play the lead role, is expected to be released in January 2024.

Related Post: Sony confirms “Venom 3” is in preparation! Will there be a fight with Spider-Man? 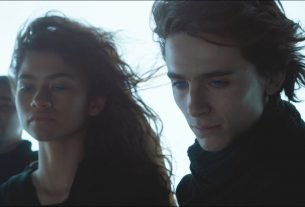