Marvel’s “Eternals” released a trailer, the lineup is super luxurious, and the little boy in “Capharnaüm” is also there.

The Marvel Cinematic Universe slowly opened up the layout, and with the release of the first trailers of “Black Widow” and “Shang Qi”, many new films also had news.

Recently, “Eternals” also released its first trailer, starting with the classic song “End of the World”. This song is very compatible with “Eternals” because it is about the ancient Protoss thousands of years ago, and it is in line with the tone of the end times. .

The first trailer is full of texture and is mainly divided into three parts. The first part is the emergence of the eternal race.

The appearance of the ancient gods is uncomfortable for no reason. In the movie, a group of gods talked about Iron Man and the US team. They also mentioned that the two disappeared after “Avengers 4”. Then who should lead the Avengers? It can be seen that the emergence of the eternal race is to help humans, to help them quickly build the earth that was severely damaged by Thanos.

The second part is the love and friendship within the Eternal Clan, in which Icarus played by Richard Madden and Cersei played by Jiama Chen have had a deep love in many generations.

Related Post: “The Eternals” characters appear on the cover of “Entertainment Weekly”.

The third part is about the movie’s great villain anomaly. Before the eternal clan fights against the larger rebels, they must first face their own enemies, that is, the anomaly corresponding to the eternal clan.

The “Eternal Race” is like an ancient version of the “Avengers”, with more superheroes and richer abilities.

The first trailer egg is also very rich. For example, a group of people gather for dinner at the end of the movie to pay tribute to the first-generation Avengers dinner in “Avengers 1”;

There is also a detailed egg, that is, the little male protagonist Zain of “Capharnaüm” also appeared in the trailer. They discovered the spaceship of the eternal race. As you can imagine, Zain’s life after “Capharnaüm” is not only getting better and better, but also Joined the Marvel Universe.

He even ranked ahead of Leah McHugh in the list of actors in “Eternals”, who played the superhero Sprint in the movie. It can be seen that Zain has quite a lot of roles in the movie. of.

In the May 1st period of 2019, the feature film “Capharnaüm” directed by Nadine Labaki and starring Zain was released in mainland China. So far, 820,000 Douban has given a high score of 9.1, and it has also won 377 million box office. Surprise.

Related Post: The new trailer for “Eternals” is full of exquisite and epic special effects!

Zain was 12 years old when he filmed this movie. He was neither an actor nor literate. It was he who made the movie. This movie changed him. He joined the Marvel Cinematic Universe and his future is limitless.

“Eternals” directed by a Chinese director, starring Angelina Jolie, Richard Madden, Jamal Chen, Ma Dongxi, Selma Hayek, etc., will be released in North America on November 5, 2021 , Such a luxurious lineup is still very much to look forward to!

Related Post:In “Avengers 3.4”, why didn’t the Eternals show up to help the heroes fight against Thanos? 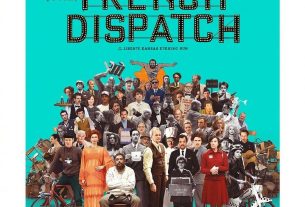 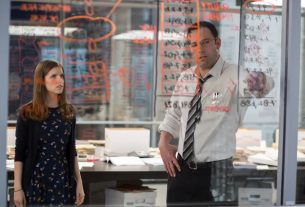 “The Accountant 2” enters preparations, Ben Affleck will return to the sequel 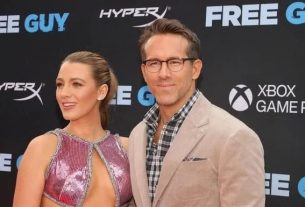