‘Entertainment Weekly’: No matter that the film has a bunch of ideas about love, gender constructions and modern life, it never really gets beyond a moodboard parody of ‘The Stepford Wives’, dear, a film that looks wicked and pretty and in the end is a load of bollocks.

‘Little White Lies’: A raw, uninspired story about “escaping the patriarchy” that has been told before and told better.

‘The Daily Telegraph’: The kind of “lively, funny and understandable” blockbuster studio film that’s been dying out since the 1990s.

‘Total Film’: shows that the director has both control and commercial vision.

‘IndieWire’: If this movie is really about “female pleasure”, then we don’t want to see Wilde make another movie about female pain.

This one is painful enough.

Deadline’: On its own, ‘Don’t Worry Darling’ is actually quite entertaining if you’re in the mood, even if Wilde’s sugar-coated psychological thriller doesn’t significantly rewrite any of the rules of the genre.

Time’: The film’s biggest problem is that it ends up in the wrong place. It could have been a moderately effective anti-Utopia thriller, but the sudden sharp turn to start shouting about feminism seems patchwork and reckless.

The story follows a housewife and her husband living in a Utopia-esque experimental community in the 1950s California desert, where she begins to worry that his immensely attractive company may be hiding disturbing secrets.

Related Post: Harry Styles gave Nick Kroll a kiss during a standing ovation after the premiere of ‘Don’t Worry Darling‎’.

Related Post: Harry Styles on his acting career in ‘Don’t Worry Darling‎’ media interview: I feel like I have no idea what I am doing. “Thor: Love and Thunder” exposes new stills of Thor’s meditation, and his retirement life is so leisurely! 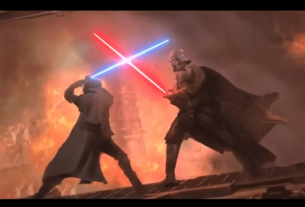