The documentary ‘Moonage Daydream’, which focuses on David Bowie and his musical journey, releases an IMAX poster of the gorgeous stars.

‘Moonage Daydream’ will be released in multiple theaters worldwide, including IMAX theaters, including Northern America, on September 16. The film is the first film project approved by the Bowie Legacy Committee and contains the first ever Bowie images, performances and music, with 40 remastered songs of his.

The film, directed by Brett Morgen (“Kurt Cobain: Montage of Heck”), has made its world premiere at this year’s Cannes Film Festival. 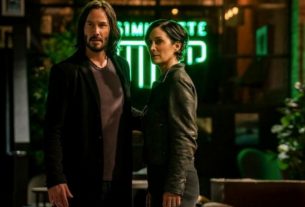 New stills of “The Matrix: Resurrections” revealed, Neo and Trinity reunited but did not know each other