The upcoming DC movie “Black Adam” was originally scheduled to hit theaters this July. However, the delay was announced back in March, which producer Hiram Garcia attributed to delays in work at the special effects company.

“When the pandemic hit, a lot of productions were put on hold,” said Hiram Garcia.

“Now that the industry has really recovered, the VFX supply pipeline is very crowded. Obviously, these superhero movies all require a lot of VFX, and we’re in a situation where most VFX companies are overwhelmed.”

Johnson as Black Adam, Centineo as Atom Smasher, Hodge as Hawkman, Swindell as Cyclone, and Pierce Brosnan as Doctor Fate. Karen Gillan’ scene of “Guardians of the Galaxy Vol. 3‎” is end: this may be Nebula’s last movie Kristen Stewart will star in the romance “Love Lies Bleeding” 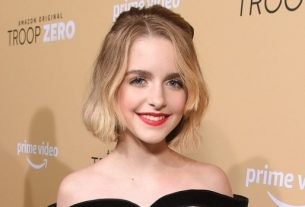 “The Bad Seed 2”: The popular suspense horror movie “The Bad Seed” will have a sequel, and the vicious loli has grown up!