In the photo, Dwayne Johnson is sitting behind rows of equipment, beside him are countless lighting equipment, cameras and monitors.

Judging from the essay by Dwayne Johnson, the tough guy star is preparing for the visual effects of “Black Adam”.

Dwayne Johnson said: “It’s been a long day. After sitting in the “egg” for 10 hours, I can only move my eyes.”

Afterwards, Dwayne Johnson, who had already finished filming, expressed his gratitude to the film’s director, visual effects supervisor and the entire team.

Black Adam is a character that is difficult to categorize under DC.

In a general sense, he is a huge villain, but at certain moments, he can also make choices that conform to mainstream values.

Therefore, the strong duality of this character gives him endless drama.

For the role of Black Adam, Dwayne Johnson has prepared for two years. Whether it is diet, fitness, training, or performance, he has made great efforts.

It took 3 months for “Black Adam” to start up in early April 2021 and finish in early July. This is also the standard shooting time for a Hollywood blockbuster.

When talking about the style of the film, the film director Jaume Collet-Serra said: “I will not whitewash peace in the film. The film is not a black and white world, but has many gray areas. I hope to show one in the film. The dark version of Johnson. I told him, just think of yourself as a superhero version of “Dirty Harry”.”

Currently, “Black Adam” will be released in North America on July 9, 2022. New trailer for ‘Fleishman Is in Trouble‎’, a maddeningly dramatic life 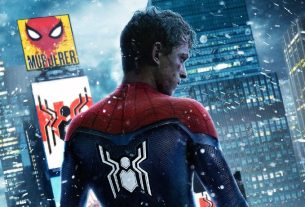