In the film “Belfast”, which won the award at the Toronto Film Festival, a brand new poster was exposed.

On the poster, the little protagonist of “Belfast” jumps up high, full of innocence and childishness.

Below him are the adult characters in the film.

The whole poster is based on black and white, the characters are arranged in random, natural looks, and it is very quiet and calm.

It should be said that such a poster is quite in line with the tone of “Belfast”.

“Belfast” will be adapted from Kenneth Branagh’s life in Belfast in the 1960s.

Through the eyes of a 9-year-old movie-crazy boy, the film observes a nation and region in a chaotic situation.

For the film, Kenneth Branagh said it was “not fictional.”

Due to the epidemic situation, during the filming, all the cast and crew must undergo nucleic acid tests every day and remain vigilant at all times-because 50% of the scenes are filmed outdoors.

“Belfast” was written and directed by Kenneth Branagh and brought together actors such as Colin Morgan, Ciarán Hinds, Judi Dench, and Jamie Dornan.

Related Post: “Belfast” reveals a new trailer, the film is written and directed by Kenneth Branagh.

Currently, “Belfast” has been bought by Focus Pictures and is scheduled to be released on November 12.

The award has always been an important indicator for the Oscars. The previous award-winning “Green Book”, “Three Billboards Outside Ebbing” and “La La Land” all won important Oscars. 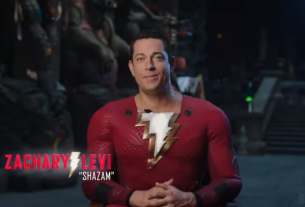