“Avatar: The Way of Water‎”, the second installment of the “Avatar” series, exposes a new set of stills! Sam Worthington returns as Jake Sully and Zoe Saldana returns as Neytiri with new looks!

Directed by James Cameron, the film will be released in Northern America on December 16, with its first overseas debut on December 14.

In the introduction to the plot, the official said, “Avatar: The Way of Water” and the subsequent sequels will be independent stories, but they are all about Jake and his family.

“Avatar: The Way of Water‎” has a bigger picture, there are many underwater creatures, and there are also many interactions of Na’vi underwater, and the visual effects are still very good.

The official also released a part of the artistic concept map of the film. Viewers who are interested in this film are looking forward to it. 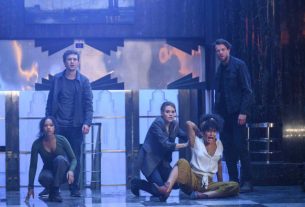