According to media reports, the new film “Without Blood”, directed by Angelina Jolie, is set to star Salma Hayek and Demián Bichir.

Based on the best-selling book of the same name by Alessandro Baricco, “Without Blood” is an allegorical tale of war, revenge, memory and healing, set in a farmhouse deep in the Italian countryside after an unspecified conflict.

This is Jolie’s fifth time as a director, after signing a three-year international partnership with Fremantle to produce a series of films, episodes and documentaries, this being the first project.

At the heart of the deal is the freedom to tell stories that matter and bring them to a global audience, Jolie said, aiming to create internationally focused, complex, powerful stories that include local language projects.

Currently, “Without Blood” is being shot in Italy. 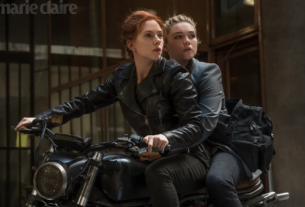