After being postponed for one year, the film “007: No Time to Die” will premiere in the UK on Thursday, September 30.

In this highly anticipated film, fans can not only see the 53-year-old Daniel Craig playing “Bond” for the fifth and final time.

You can also get a glimpse of the stunning “007 Actress” Ana de Armas.

It is worth mentioning that, according to British media reports on September 25, Ana de Armas was interviewed by the media when “007: No Time to Die” was about to be released.

Related Post: Who is the next 007? The producer revealed that casting will begin in 2022.

However, Ana de Armas speaks surprisingly. She bluntly said that she is the “strongest” “007 female lead” in the 59-year history of the 007 series of films, breaking people’s stereotypes about the “Bond girl”.

33-year-old Ana de Armas explained her role in “007: No Time to Die”. Ana said that her role as Paloma is a truly complete role.

Paloma is definitely something that people haven’t seen in other “007 actresses” in previous movies.

She is funny, very active, and very powerful.

Anna also recounted how her friendship with Daniel Craig helped her relax in the filming work, and spoke highly of her partner.

Ana also talked about how she was inspired by Penélope Cruz to learn English.

A Hollywood casting director once told her that if she couldn’t speak English better, she would never get a role.

Ana, who was born in Cuba, had the idea of ​​being an actor when she was 12 years old.

However, it was not until 2012 that the 24-year-old Ana entered Hollywood.

She later won the opportunity to play Paloma in “007: No Time to Die” in fierce competition.

Ana had been dating the famous Ben Affleck for two years, but broke up in January this year.

She also collaborated with Daniel Craig in a murder mystery film “Knives Out” in 2019.

She played the role of immigrant nurse Marta in the film and was nominated for a Golden Globe Award.

“007: No Time to Die” is the most expensive Bond film in history, with a production cost of approximately £250 million.

After postponing the release for a year, “007: No Time to Die” is estimated to require 700 million pounds to achieve a balance of payments due to the cost of interest of the film company.

It is said that audiences in 130 countries will see Ana play the role of CIA agent Paloma. 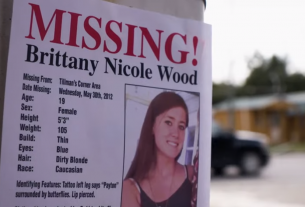