On September 14, according to media reports, the poster of German suspense drama “1899‎” was revealed. The mysterious triangle appearing on the sea and the stranded cruise ship all make the atmosphere feel pulled full.

In the previously released material, the general background of the story of ‘1899’ has been shown, the story takes place before the opening of the 20th century.

The fruits of the Second Industrial Revolution have facilitated the once dangerous journey across the Atlantic. Steamships carried immigrants to Northern America, and telegraphs sent encrypted messages over long distances.

Behind this journey full of expectations, some factors that cause uneasiness are also emerging.

In ‘1899’, German director Baran bo Odar continues to use his expertise in supernatural elements to give the whole story a thrilling touch.

It is reported that the specific online time of this episode has not yet been announced. 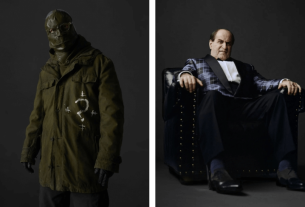 Steven Spielberg’s new work plan is exposed, it will find inspiration from police and gangster films