How will Warner Bros. handle the actor, a source on Deadline.com recently highlighted that the Ezra Miller scandal is very tricky for new Warner Bros. Discovery CEO David Zaslav, and hinted that Warner hopes the situation will calm down before the film’s 2023 release.

Reports indicate that David Zaslav does not intend to keep Ezra Miller in future DC movies after the June 23, 2023 release of ‘The Flash,’ regardless of any other future scandals for Miller.

Rolling Stone’ magazine revealed in April this year that Warner was not going to do any more work with Miller, but it was later “debunked” by the media IGN.

According to media analysis, Warner has not made a final decision yet, and the options on the table are.

1. ‘The Flash’ publicity photos before the release of the old

2. Let the film directly on HBO Max to reduce the loss

3. Let the film be released in theaters, and if Miller is still in trouble after this, abandon Miller.

According to Deadline, David Zaslav soon to make a decision on the fate of The Flash, about Ezra Miller’s fate in the DC movie series will soon be decided.

DCEU Past and Future

Related Post: ‘The Flash’ star Ezra Miller rumored to no longer be involved in any DC projects. Amber Heard pretends to be pitiful to provoke ridicule, DC president complains about her acting skills 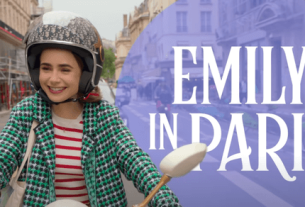 “Emily in Paris Season 2” is here, get to know the hot spot shooting locations in advance!