As an old fan of the “The Matrix” IP series, I have watched the trilogy over and over many times in the past.

The unique art style, elegant action special effects and profound philosophical thinking of the “The Matrix” trilogy are really memorable.

In the process of watching the movie, you can restore the worldview of the movie itself, find the true identity of each person, and understand the movie’s thinking on the core issues. This is the fun of watching “The Matrix”.

But all this is faded in “The Matrix Resurrections”, and even disappeared.

After reading “The Matrix Resurrections”, I just want to say, what is this?

Compared with the lowest score of 8.6 in the previous game, this score is not half a star.

Related Post: The worst word of mouth in the series! “The Matrix Resurrections” only received $7 million on its first day in North America.

Simply put, “The Matrix Resurrections” is a restart of the entire series.

The fifth-generation matrix in the previous game was successfully upgraded to the sixth-generation with Neo’s sacrifice, and the new story unfolded on this basis.

The first half hour of “The Matrix Resurrections” only told the audience two things:

Among them, I hate Neo’s identity as a game designer living in the new matrix. The previous game “The Matrix” in the setting is a game he designed.

If this setting pays tribute to the previous work, then selling feelings is too simple, just need the actors to have “The Matrix” in every sentence.

The early stage of the film was full of actors’ complaints, and the audience who watched it really appeared frequently.

The overall tone of “The Matrix Resurrections” is full of relaxation, and humans and machines seem to have coexisted in harmony.

“New role” Agent Smith, Morpheus, and other important roles are very ambiguous. The film continues to introduce new settings. It is nothing but to tell you that we have changed new actors.

What is real? It is real.

From here, it is actually enough to see under what kind of scene “The Matrix Resurrections” was filmed.

This kind of nonsense and ineffective lines cannot appear in the tense atmosphere everywhere in the original work.

In fact, the positioning of “The Matrix Resurrections” is indeed for old audiences, and its positioning is a work of sentimentality.

But this sentiment sells very badly, and the more familiar the audience is, the less likely it is to buy it.

This time the cast of “The Matrix Resurrections” is very weak. The original crew only invited Keanu Reeves (playing Neo) and Carrie-Anne Moss (playing Trinity).

Neither Laurence Fishburne, who played Morpheus, nor Hugo Weaving, who played Smith, showed up.

It can be seen that either the script is too bad, or the producer is too unwilling. And the performance of the new actor is really hard for me to accept.

Can you believe that Morpheus is now wearing a colorful suit instead of his black leather coat in the film?

Morpheus, played by the new actor, is humorous and funny, without his unique solemnity and solemnity in the trilogy.

The overall feeling he gives is really weird, and in the movie, Morpheus is still the leader of Neo.

The savior is about the survival of mankind. Is it really appropriate to develop in a relaxed direction?

If you don’t tell me, I would never have thought that this is Morpheus, he is simply a hip-hop singer.

This is the aura that the instructor should have.

What made me more uneasy was Agent Smith, played by Jonathan Groff. It looked like a fish bone stuck in my throat. I couldn’t eat this cold meal.

After watching the fourth part, I discovered the astonishing pressure of Smith’s performance by Hugo Weaving and the viciousness of the confrontation with Neo.

The actor Jonathan Groff himself looks harsh and sunny, and at the same time he is gay.

His various ruthless expressions in the film make it easy for people to act out, and it feels like he has confessed his failure and has a grudge against Neo.

It’s not that I have any opinion on him, but I just feel that the role of Smith is too fierce and violent, and completely unsuitable for him.

What I want is this

Related Post: “The Matrix Resurrections”: Return to the Matrix, use love to generate electricity .

The screen features of “The Matrix”: a dull and depressing green tone and elegant special effects. “The Matrix Resurrections” disappointed me too much at these two points.

Perhaps it is because the overall tone of “The Matrix Resurrections” is more relaxed. The tone of the picture in the film is no longer the depression of the green in the matrix and the despair of the gray in Zion, but the film is full of colorful and high saturation. Degree color.

I know that the director wants to imply the relationship between the virtual and reality of the characters through the performance of red and blue (red is reality, blue is virtual).

But for a fan-oriented movie, the character’s position has already been established under the premise that there is already a trilogy, there is really no need to play this kind of trick, and then destroy the series’s consistent art style.

Moreover, humans and robots have not built a utopia, there is really no need to make the colors so full.

In terms of composition, the new works are also extremely sloppy, and the relationship between the characters often has no priority.

This directly caused the fighting scenes behind to be extremely chaotic and unattractive at all.

The early life in the matrix was basically blue

The opposition between red and blue is affirmative in the film. It represents the character camp, but for the old fans of the series, there is really no need to play this trick.

In terms of composition, the “The Matrix” trilogy has a strong overall sense of depth and low color saturation. There are many characters but not chaotic, and the main body is distinct.

The same narrative, different lens language, the philosophical reason, suggestiveness and aesthetic feeling contained in it are not at the same level at all.

As a sentimental sequel, the iconic bullet time + surround shot in the “The Matrix” trilogy basically does not appear here. Instead, “The Matrix Resurrections” is constantly inserted into the bridge segments in the past film to increase the length of the film, forcibly combining the two Associated.

The performance of the actors’ action scenes can hardly be seen directly, and the martial arts movements have lost the guidance of Woo Ping Yuen, and they are not enjoyable at all.

Coupled with the fact that the two main actors are getting older, it is difficult for them to make clean and beautiful moves.

The traditional Zen-inspired 1V1 battle has disappeared. The actors’ movements have become rigid and unnatural. If you look closely, the movements are actually a lot of help (Keanu Reeves is also older).

In terms of rhythm and plot, the grasp of “The Matrix Resurrections” is also very confusing.

The chaos of rhythm is not only reflected in the macro narrative rhythm of the whole movie, but also in the chaotic lens language.

Although I know that paying tribute to the “The Matrix” trilogy in this way is in line with the development of the plot, is it really good to be so simple and rude?

Wouldn’t it be better to pay tribute to the camera angle and actors’ actions?

This kind of misplaced tribute is acceptable compared to a simple and rude flashback, but it is still a bit too direct.

This is very comfortable, and it is easy to think of the first scene where Neo manipulated Gatlin to rescue Morpheus.

All of the above may be that even if it is not required to be at the level of “The Matrix”, as a popcorn movie, “The Matrix Resurrections” is still unqualified.

For the old audience, the overall beauty of the series is gone, and “The Matrix Resurrections” has been directly reduced to a second-rate commercial film in terms of artistic expression.

For new audiences, “The Matrix Resurrections” contains too much information and the rhythm is too fast. If you are not paying attention, you will be confused.

Let’s take a look at the trilogy

To be honest, I really feel unworthy and sorry for the “The Matrix” series.

It is not suitable for making a sequel, let alone making this kind of popcorn sequel, not to mention “The Matrix Resurrections” is still an unqualified popcorn film.

The “The Matrix” series itself is serious, elegant and full of content.

“The Matrix Resurrections” constantly teased and deconstructed “The Matrix” itself in the first thirty minutes, as if planning to make a post-modern deconstructionist film.

In the middle and late stages, they began to seriously discuss the destiny of mankind, praising the greatness of love.

Although the story and characters in this part are well developed, but because of this, it feels too severe.

In terms of plot and worldview, “The Matrix Resurrections” has not made any progress on the basis of the original. The ending and development of Zion, the prophet, the architect, and the council are all very vague (old fans really pay attention to these).

The restart of the entire series is to introduce new concepts to change a wave of actors, and then tell the previous story again.

In the end, Smith did not explain the ending, nor did he explain the identity of the analyst, and the relationship between humans and machines was even rarer.

In short, everything that is worthy of narration in the original work has changed in this brand-new world. Only Neo and Trinity’s love is eternal.

It seems that there are a lot of holes dug in “The Matrix Resurrections”, it is estimated that the rhythm of the sequel will be filmed.

Recall, what did the audience watch?

There is nothing impressive in “The Matrix Resurrections”, everything is boring, full of the cheap texture of second-rate movies.

If you focus on Hugo Weaving’s Smith, elegant martial arts special effects, or deep philosophical speculation in the film, run, watch the trilogy and it’s over.

“The Matrix Resurrections” only has the incomplete structure of the new matrix and the “kung fu” that is unsightly.

Moreover, Keanu Reeves’s face and figure are not as good as the previous three movies. 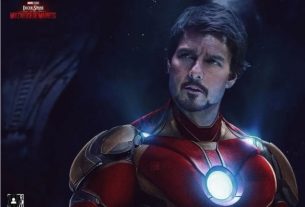 Rumor: Tom Cruise to Play Another World’s “Iron Man” in “Doctor Strange in the Multiverse of Madness”? 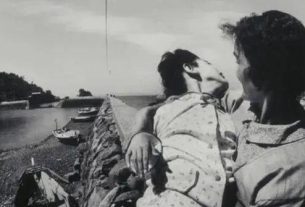 Minamatadisease: Tens of thousands of Japanese lives are not as good as death, newborn babies are paralyzed and blind