In an interview with Empire, Lenny Henry talked about his role as the “Harfoots”. In Tolkien’s original book, they were the ancestors of the Hobbits, with their furry feet and short stature, but they hadn’t settled in the Shire.

We were a nomadic tribe that moved with the weather and the fertility of the crops,” Henry said.

We have caravans with wooden wheels, and we’re very good at hiding things because humans are much bigger than us and can cause problems.”

While they are not exactly Hobbits, they will still play a Hobbit-like role in the story.

Henry explains, “We are traditionally ‘Tolkien-style minor characters. Traditionally, the little people in this world would provide comic relief, but also get very brave. You’ll see the full range of emotions and actions we’ll be taking on this adventure.”

For Lenny Henry, the role of Sadoc Burrows not only allows him to “play in the type of fantasy he loves,” it also provides an opportunity to “help change a world that previously did not tend to have people of color in prominent roles “.

If you can’t see it, you can’t be it,” he said. Ultimately, in this show, kids will see people of color take center stage in a fantasy series. We’re very visible in this world, and it’s very exciting. harfoots journey is about to begin!”

Related Post: “The Lord of the Rings: The Rings of Power” has revealed two new stills.

Related Post: New stills from “The Lord of the Rings: The Rings of Power”: Goblin Orc Army! 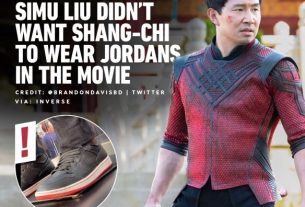 Why did Simu Liu wear Jordan shoes in “Shang-Chi”? The designer gives the answer