Lily James, Shazad Latif and Emma Thompson star in the romantic comedy film “What’s Love Got To Do With It?” released new stills, the film is scheduled for a UK release on January 27 next year.

“What’s Love Got To Do With It?” is directed by Shekhar Kapur (“Berlin, I Love You” “Will”) and features Jemima Khan (“American Crime Story”, “The Clinton Affair”) wrote the script.

The film follows documentary filmmaker Zoe (James), who is repeatedly thwarted in her search for the right man, leaving behind only bad dates and laughs. This frustrates her stubborn mother Cath (Thompson).

And for Zoe’s childhood friend and neighbor Kazim (Latif), the file is like his parents, choosing a smart, beautiful bride from Pakistan for an arranged marriage.

While filming Kazim’s hopeful journey from London to Lahore to marry a stranger, Zoe begins to wonder if she can learn something from another way of pursuing love.

Related Post: Romantic Comedy ‘What’s Love Got To Do With It?‎’ Releases Official Trailer, It’s About to Premiere at Toronto International Film Festival. 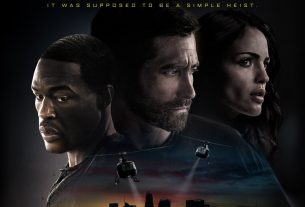 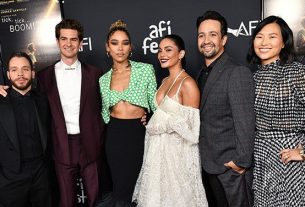 “Tick, Tick…Boom!” premiered at the AFI Film Festival, and Andrew Garfield made his debut