Prime 1 Studio is pleased to bring you a DC Universe anti-hero character based on the movie ‘Black Adam’, a statue from the Museum Masterline series: Black Adam

Five thousand years later, Teth-Adam is awakened to a very different world. While many things may be new to him, he will always know what evil and injustice looks like!

Adam is a very wise man and under the authority of the ancient Egyptian gods, Black Adam is unstoppable.

While not an outright villain, Black Adam is an anti-hero out to punish those who have evil in their hearts.

The Black AdamVIGILANTE version depicts the angry face of Black Adam with his huge body, deadly serious eyes, and pitch-black armor …… indicating his determination to mete out deadly punishment to those who deserve it.

Both the movie and the statue have been a long time in the making …… but now they’re all ready for you! MMBA-02Black AdamVIGILANTE Edition is limited to 300 pieces, hold the power of Shazam in your hands and grab your reservation now!

Related Post: Superman Won’t Return in ‘Black Adam’, But Sooner or later in the DC Universe.

Related Post: Dwayne Johnson talks ‘Black Adam’: It will usher in a new era in the DC Universe. 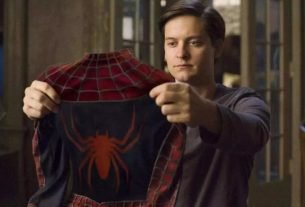 Looking back at the old version of the Spider-Man trilogy, it may not be a bad thing not to have a fourth