Superstar Madonna’s biopic ‘Blond Ambition’ has entered the prep stage of actual shooting. A few days ago, Madonna said in an interview, the biopic “only I can shoot”, she will not let any one “misogynistic, rogue male, to get involved in my own biopic”.

I’ve had an extraordinary life, and now I’m going to make an extraordinary film,” Madonna said. Because so many people wanted to make a biopic about me, I needed to get a head start. In this case, it was mostly a group of misogynistic males. That’s why I started preparing this film. What I thought was that no one could direct this film but me.”

Currently, the lead actress of “Blond Ambition” is Julia Garner, who was selected from a pool of candidates through a rigorous singing and dancing test.

As previously planned, “Blond Ambition” was co-written by Madonna and Diablo Cody (‘Juno’), produced with Amy Pascal, and produced by Universal, telling the story of her upbringing, how she became a music megastar and pop icon.

Madonna says that with this film she hopes to “convey the incredible journey that life has taken me on as an artist, musician, dancer – a human being trying to find my way in the world. The focus of this film will always be on the music, the music that keeps me going, the art that keeps me alive. There are so many untold and inspiring stories, and who better to tell them than me? It is vital to share my own roller coaster ride of a life through my thoughts and perspective.” Scarlett Johansson on holiday at sea 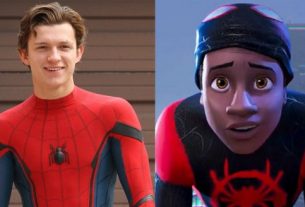 Tom Holland was once invited to join “Spider-Man: Into the Spider-Verse”, but no one answered him