In an interview, singer Kanye West said that in 2005 he, Jamie Foxx and Quentin Tarantino proposed to make a music video based on the theme of slavery.

Kanye believes that Quentin Tarantino was inspired by this concept when he later shot ‘Django Unchained’. 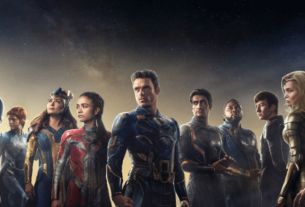 In “Moonfall‎”,Cat’s name Fuzz Aldrin is from the Apollo 11 astronaut Buzz Aldrin