“Forrest Gump”, released on July 6, 1994, was adapted from the novel of the same name by American writer Winston Glum. After the film was released, it received rave reviews. Many review articles have mentioned that the battle for the 67th Academy Awards is a fight between gods, whether it is “Speed”, “Pulp Fiction”, or “The Lion King”, every one of them is in the eyes of the audience. classic work. In the end, “Forrest Gump” defeated “Rita Hayworth and Shawshank Redemption” and became the biggest winner with 6 awards at the 67th Academy Awards.

For this movie, everyone at different ages will get different feelings. Now 26 years have passed, but the popularity of this movie has not diminished.

In fact, anyone who has watched the movie will know that the story told by this movie is very simple. It tells the story of Forrest Gump’s kindness and innocence, optimism and integrity, even if his IQ is very defective, he can still work quietly and work quietly. No matter how big changes are happening around him, he can still keep his promises, keep striving for self-improvement, and finally create miracles in many fields.

But why can a simple inspirational story remain widely acclaimed for 26 years?

Today, from the aspects of “cultural connotation, life theme, narrative skills, and film special effects”, this film has a breakthrough in the fiercely competitive Oscar battle, and it has been ranked in the top three in the rankings for 26 years and has always been popular. Undiminished factors, in order to re-appreciate the charm of this classic.

Cultural connotation: The story fully embodies the American spirit and satisfies the public psychology of the American audience to pry into the spiritual core of their country

As an important means of cultural communication, the cultural connotation of the film can help the audience understand the people’s life in the film at a deeper level. It is embodied in these two aspects:

Forrest’s journey is the spiritual journey of a generation in the United States.

In the film, Forrest Gump was born in a small town in Alabama, USA after World War II. He is a low-educated child with an IQ of 75. However, his mother treated him as a normal child, gave him meticulous care and encouraged him to strive for self-improvement. After school, he met Jenny and the two became good friends. “Stupid” Forrest inadvertently stimulated the potential of running while avoiding chasing by his classmates. With this specialty, he ran into the rugby team, then into the university, became a national sports star, and was received by the then President Kennedy.

In college, Forrest experienced the black enrollment incident of the University of Alabama. After graduation, he joined the army and experienced the Vietnam War. On the occasion of returning home, he met with the leader of the Black Panther Party and the famous rock star John Leigh. Yiyi has been interviewed, witnessed the Watergate Incident, and witnessed President Nixon’s step down.

Through the legendary life experience of the protagonist Forrest Gump, we can see the major historical events in the United States from the 1950s to the 1980s, and explain the spirit of the American generation from confusion, struggle, and pain to rediscovering the value of life. course. From this perspective, Forrest Gump’s journey is the spiritual journey of a generation in the United States.

The whole film is not only a wonderful interpretation of Forrest’s legendary life, but also a comprehensive display of American people’s life and American spirit. At the end of the film, Forrest Gump’s simple, honest, strong, and kind-hearted spirit and the traditional values ​​he adhered to finally ushered in rewards. Forrest Gump has become a national hero and an excellent father.

For example, during the Vietnam War, Forrest Gump could have ignored Lieutenant Dan, but he took the risk to rescue him, and even his own life was almost guaranteed. And he didn’t do this to get rewards in the future. After a long time, he and the lieutenant’s shrimp boat made a lot of money and became a giant in the shrimp fishing industry. However, he distributed half of the company’s shares to the mother of his dead comrade Bubba.

Forrest Gump has integrity, kindness, loyalty, relies on an optimistic and peaceful mentality, and a tenacious and hardworking spirit. Such a personality charm makes him with a low IQ like a fish in the army. He not only performed outstandingly, but also repeatedly made military exploits and won medals. Later, he also participated in “Ping Pong Diplomacy” because of his outstanding skills, and finally made brilliant achievements in his career and life.

On the surface, the theme of “Forrest Gump” is “Friendship, Love, and Career”, but in fact, its deep theme is “American Mythology.” Director Sergio Leon described “American Mythology” as follows: “I am interested in the vigor of the Americans. Although there are many contradictions, it is the mixture of these contradictions, vigor and increasing pain that make her become Fascinating and unique. America is a mixture of dream and reality. In America, dream becomes reality without knowing it, and reality becomes a dream without knowing it.”

It can be seen from this that the so-called “American myth” is the openness, aggressiveness, and tolerance of American culture. American culture is simple and complex, full of dreams, pragmatic and hardworking, vigorous, conservative and rigorous, full of ambition and sympathy. Throughout Forrest Gump’s life history, these personality charms and spirits are just a manifestation of “American mythology.”

Life theme: It embodies the American spirit at a macro level, and emphasizes the importance of the traditional family at a micro level, which is in line with the life values ​​of all audiences at home and abroad

Then why do Douban netizens give high scores to the American film “Forrest Gump”? I believe that the emphasis on the importance of the traditional family in the film fits the psychological expectations of traditional Chinese audiences to a large extent. After all, the concept of attaching importance to family is a universal psychological appeal of human beings. In the film, this appeal is reflected in two aspects:

Both Forrest Gump and Jenny grew up in a single-parent family. Jenny lost her mother since she was a child because her father used violence and harassment on her. In desperation, she lives with her grandmother and lives on a trailer. It was the many misfortunes of childhood that caused Jenny’s subsequent indulgence and degeneration.

Every time Jenny was confused and indulged, Forrest Gump would always ask Jenny to go home, because he believed that only at home can he get peace and happiness. Later Jenny and Forrest Gump finally returned to their real home and lived together. After Jenny’s death, Forrest Gump shoveled Jenny’s original home, and the place full of sin disappeared forever.

The director arranged Forrest Gump to be a single dad at the end of the film because, compared with Jenny, who had a life of indulgence, Forrest Gump is obviously more family-oriented and caring. This arrangement at the end not only implies the director’s call for traditional family values, but also implies that the father will play a greater role in real family life.

Some people say that “Forrest Gump” is a masterpiece of “anti-intellectual film”. Judging from the storyline of the success of the “silly” Forrest Gump in the movie, this is indeed an “anti-intellectual movie”, which to some extent reflects the American people’s tiredness of politics and return to life after the “Cold War” ended. desire.

On the other hand, it also reflects that the people of that era, after experiencing the turbulence in the 1960s and the free indulgence in the 1970s, had a more rational understanding of life, and they re-recognized the values ​​and ethics that they had lost. , And gradually changed from a practitioner of a radical movement to a guardian of traditional ideas.

It can be said that the American spirit celebrated behind this “anti-intellectual movie” is an inevitable product of the return of American conservatism in the 1990s. In highly developed countries and regions, with the continuous development of material life, people’s traditional virtues are gradually disappearing.

Forrest Gump, who embodies the American spirit, has a kind and innocent nature and a spirit of self-improvement, which not only soothes the hearts of people with poor spirits in real life, but also has a super appeal for viewers who pay attention to traditional families. force.

Excluding the cultural and spiritual core, Hollywood-style special effects are used to provide a feast of audio-visual experience for the audience, which makes it difficult for people not to give praise.

The most perfect special effects in the film are the artistic treatment of the fluttering feathers and the situational performance of Forrest Gump’s true reappearance in famous historical events.

Special effects one, the artistic treatment of that fluttering feather

The beginning of the film is a soft, white feather, hovering in the breeze, over green trees, through tall buildings, and falling at the feet of Forrest Gump sitting alone on the waiting bench. At the end, Forrest Gump sent off his son and sat on the bench, the feather that slipped from the book slowly floated into the blue sky under the breeze.

There are three representative characters in this movie, one is the perseverer represented by Forrest Gump’s mother, the other is the doubter represented by Lieutenant Dan, and the other is the rebel represented by Jenny. Forrest Gump’s mother did not lose confidence in the face of “silly” Forrest Gump, and raised him as a normal child. Lieutenant Dan believed in his mission as a soldier at first, but doubted his life after being injured and disabled. Jenny is a rebel, on the cover of “Playboy”, playing naked in the bar, wandering, confused, and rebelling against her own destiny.

At the end of the film, Jane the rebel is tired and bored, and returns to Forrest Gump, who insists on fate. Lieutenant Dan was also inspired by Forrest Gump and stood up again to fight against fate.

In my opinion, their transformation affirmed Forrest Gump’s perseverance and hard work towards fate from the side. Perhaps destiny is like the feather at the beginning and the end. Although you don’t know where it will eventually drift, it will eventually fly forever.

Through the use of special effects, the film made Forrest in the important historical events of the 30 years after the war, such as the black admission of the University of Alabama, the assassination of President Kennedy, the “pong diplomacy”, the Watergate incident, etc., and he also experienced the KKK , Rock music, anti-war movement, etc. Here, Forrest Gump is no longer a bystander of history, but a witness of history. He appeared freely in the team received by the president, appeared in the “Ping Pong Diplomacy” arena, practiced dancing with Elvis Presley, and chatted with John Lennon.

Through computer special effects, the film condenses the social changes in the United States during the 30 years after the war into Forrest Gump’s life experience. It reveals the course of history through personal destiny, weaves history and reality together, and makes the audience feel more authentic and credible.

Forrest Gump’s life journey made the audience more deeply understand what kind of mentality is needed in life. Although Forrest Gump’s fate is like the feather in the movie, it rises and falls from time to time, but no matter what he faces, he can always accept it plainly, without blaming others, let alone abandoning himself. What Forrest Gump did is actually very simple, don’t stop your steps.

The reason why “Forrest Gump” has been loved by the audience for 26 years is that, in addition to the comedicized formal characteristics, the main reason lies in the three aspects discussed in today’s article, that is, the profound cultural connotation reflected in the film. , Life theme and superb narrative skills and movie special effects. 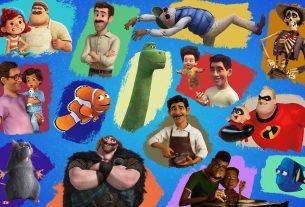 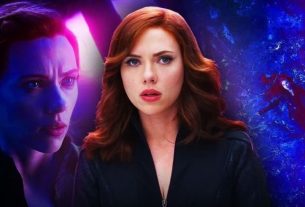