In the Marvel Cinematic Universe there are many characters that have left a deep impression on fans, but because of the planning of the role set, so many characters in the cinematic universe had to be placed offline. This is typical of Asgard Gatekeeper, Heimdall!

In the Marvel “Thor” series Heimdall’s role is actually not high in the length of the plot, more as some auxiliary plot character configuration.

Until finally in the opening episode of ‘Avengers: Infinity War’, Heimdall used his last remaining trace of dark energy to summon a rainbow bridge to send Hulk back to Earth to report the news.

And the most recent surprise for many fans is that Marvel ‘Thor: Love and Thunder’ eggs in Heimdall in Valhalla as a pick-up person to pick up the dead Mighty ThorJane Foster.

For this reason, when asked by Syfy during the promotional tour for his latest film ‘Beast’ if there was any chance of ‘Heimdall’ coming back, Idris Elba, the actor who previously starred in ‘Heimdall’, said Elba said, “I don’t know, if I did, I’d tell you. Well, probably not ……”

Nevertheless, in fact, in accordance with the world view planned by Marvel nowadays, people who come to Valhalla do not necessarily do not have the opportunity to “resurrect” again.

At present, the entire Marvel Cinematic Universe, according to the different plots, characters and the civilization mythology involved in the setting, basically can elaborate the “world after death”, before and after roughly four: Norse mythology “Valhalla “, Wakanda culture in the “ancestral world”, Egyptian mythology ‘Field of Reeds’, Soul Gems space.

For these four so-called “underworld” settings, the Marvel worldview has the soul can “free play” space.

For example, Heimdall in Valhalla in a sense is not dead, still has a mind, Black Panther’s ancestors in the world of generations of Black Panther can still communicate with the descendants.

And previously ‘Moon Knight’ in the Egyptian myth Field of Reeds more needless to say, Soul Gems space in accordance with the previous Thanos plot, still can and Soul Gems and die or Infinity Gauntlet and die in some kind of soul space.

These 4 soul worlds, each with its own characteristics.

Among them, in the ‘Moon Knight’, the main male Marc in the catacombs is the villain close to the finish, for this reason, which recently came to the Field of Reeds. but he eventually also gave up, so completed the resurrection.

Note that here we know that in reality, Marc’s physical body is dead, but there is nothing wrong with the soul.

And in Field of Reeds Marc gave up the opportunity to enter the Elysium, after turning his head to resurrect, the physical body of the death of the setting was then reversed.

Does this mean that certain deaths in the Marvel Universe can actually be reversed?

Moon Knight’s Egyptian world in the ‘Field of Reeds’ can do, the Norse mythology of Valhalla theoretically should also be possible, which is actually shown in many works of the original Marvel.

In the original comic ‘Cosmic Ghost Rider’, Ghost Rider, who died entering Valhalla, had been woken up by Odin, ready to return to Thanos as a child to end Thanos, so as to end all the Thanos to bring the world’s “pain “.

Similar plot, I wonder if there will be presented in the subsequent ‘Thor 5’.

After all, the death of Mighty Thor, somehow too bad, this role can become a follow-up resident in the Marvel universe of female characters.

After all, no one has stipulated that the Marvel Universe can only have a Thor priesthood role, and once if Jane Foster can return to reality, or in the form of some kind of spirit, then it also means that Heimdall such characters can also return.

However, it may be a pity: the premise of the death of these characters to resurrection is that they must be interconnected with some kind of mythological beliefs, similar to Iron Man such deaths may not be able to do theoretical reversal of resurrection or reappear in the form of a spiritual body is. 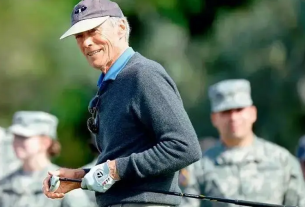 “Uncharted”: Why was the live-action film delayed by 14 years?