“Spider-Man: No Way Home” will soon be on the big screen, which also arouses interest in returning to the previous Spider-Man movies.

Because in the early publicity, the villains from the previous two generations of Spider-Man movies have always been the focus, not to mention the “three Spider-Mans in the same shot” that has been heated up.

In addition to the “Spider-Man” trilogy and two “The Amazing Spider-Man”, “Spider-Man: Homecoming” and “Spider-Man: Far From Home” starring Tom Holland are also hot topics of discussion.

The screenwriter team is actually inspired by DC’s Justice League.

But they did not find inspiration from the plot, but from the character’s attitude towards secret identities.

“We talked about this for a long time. In the end, we think that one of the differences between Marvel and DC is that they don’t value secret identities.”

In the DC Expansion Universe, there are very few core heroes whose secret identities are public.

The core heroes of the Marvel Cinematic Universe, such as the Avengers, are well-known to the public.

The only Peter Parker who silently hid his identity, his secret was also revealed by the mysterious guest.

Of course, in “Spider-Man: No Way Home”, Peter found Doctor Strange to change this situation.

I don’t know if he can realize his wish of being incognito?

“Spider-Man: No Way Home” will be released in the U.S. on December 17th, and the mainland has not yet been finalized. 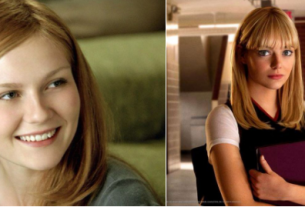 Why didn’t Spider-Man girlfriend return to “Spider-Man: No Way Home”? Marvel: Yes, but not necessary! 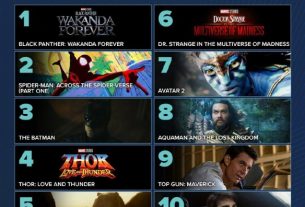 American audiences are most looking forward to the TOP 10 movies in 2022, “Black Panther 2” reaches the top!