Today, let’s talk about the Hollywood sci-fi giant “Dune” that has been finalized recently! ! !

“Dune” is officially scheduled to be released in North America on October 22, sparking heated discussions and making fans look forward to it!

Related Post: “Dune” revealed the final trailer, two weeks to count down to the release.

“Dune” has been the first to appear on the big screen in 24 overseas markets since September 15, with a box office of 36.8 million U.S. dollars in the first weekend.

As soon as this sci-fi movie was released, word of mouth exploded. The freshness of “Dune” rotten tomatoes was 90%.

The Guardian commented that “”Dune” reminds us of what a Hollywood blockbuster should look like”.

There are also premiere audiences who believe that the director Denis Villeneuve has found a precise balance between character creation and storytelling.

And the music of the soundtrack master Hans Zimmer makes the movie the icing on the cake.

The original novel “Dune” is defined as “one of the milestones of modern science fiction” and has won the Hugo Award and the Nebula Award, which are known as the “Oscars” in the science fiction literature circle.

In the past half a century, the film adaptation of “Dune” can be described as difficult, and several generations of Hollywood filmmakers have been unable to hand in a satisfactory answer.

Therefore, it is also called by the industry: “A novel that cannot be adapted from a movie”.

The excellent reputation of the film adaptation directed by Denis Villeneuve this time is enough to prove the success of this “Dune”.

Denis Villeneuve is known as the new godfather of sci-fi movies and has directed sci-fi masterpieces “Arrival” and “Blade Runner 2049”.

After filming “Dune”, Villeneuve said that “The movie “Dune” is the best film I have ever made.”

Not stunned, calm and restrained, his sci-fi works are full of magnificent epic.

The minimalist and magnificent alien aesthetics, the poetic artistic imagination, and this style are perfect for such magnificent science fiction works as “Dune”.

The cast of “Dune” is also very luxurious.

The joining of many Hollywood first-line actors also makes this movie even more exciting.

In the story, the movie “Dune” presents a mysterious and moving heroic journey for the audience.

The talented teenager Paul Atreides was guided by fate. In order to defend his family and people, he determined to go to the most dangerous planet in the vast universe and embark on a thrilling adventure.

I believe that many movie fans can’t wait like me. After all, after “The Mandalorian”, it has been a long time since I saw a serious science fiction masterpiece.

Also based on the classic adaptation, “Dune” has a grand world view and combines the beauty of retro epic,

Such a science fiction film is really exciting!

See you in the cinema on October 22! 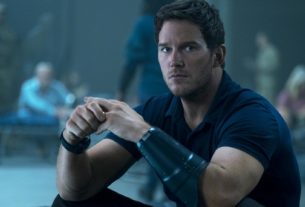 IGN selected the worst movie of 2021: “The Tomorrow War” with only 3 points! 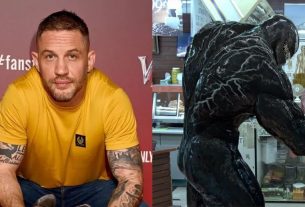