According to media reports on June 22, Amber Heard and her ex-husband Johnny Depp’s defamation lawsuit ended with both sides having to pay each other damages, but her amount was several times Depp’s and more than ten million dollars, which was considered a “fiasco” and ended.

Both Amber and her lawyer were interviewed on separate TV shows, saying that the trial was unfair to her.

However, gossip publications are reporting that she has no scruples and is determined to hit back at Depp, planning to write a book about her marriage to Depp to take a hard look at the situation.

According to the media, Amber is already in talks to publish a book and is excited about it, believing that she has nothing left to lose as she has no future in film and television.

As is usually the case, this new book has the opportunity to earn her millions of dollars in sign-on money by taking advantage of the buzz and the highly sensitive nature of the content, but what makes it even more enjoyable is the opportunity to spill her guts and get back at Depp.

However, the media also pointed out that Amber better be a little bottom line, or Depp and his legal team will still carefully review the contents of the book, and may file another defamation lawsuit, a divorce lawsuit experts warned her “must be very careful”. “Casino”: The epic movie that uncovers the inside story of the casino, a complex and sophisticated classic 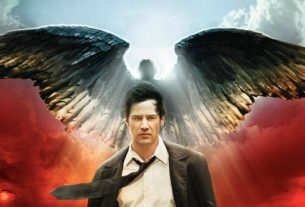 Who is Constantine that Keanu Reeves never forgets?