The “Final Destination” series of films used to have a high reputation. Since the first film was released in 2000, many sequels have been shot. The sixth film of the series is currently being filmed. I believe I will see you in the near future.

The movies in this series are not horror films, and the plots are also very simple. They respectively tell the story of everyone’s bizarre death. Although the story is simple, the magical ways of death make the audience amazed after watching it.

The first is the most classic work in this series. Like other sequel movies, the sequel always feels normal, but the content of the first one can’t be forgotten.

This movie tells the story of a group of friends who are going to travel by plane, but one of the young people, Alex, has the memory of the plane crash in his mind. Panicked, he had a conflict with several friends, and everyone was driven off for safety. The plane, and when everyone was still waging a fight with the police, they found that the plane really exploded in the sky, just like the youth said.

After escaping, the people did not realize that there is a blessing if there is no death in a catastrophe. Instead, it became very complicated and worse. The young Alex continued to have a premonition of death, and the survivors continued to die abnormally. Alex decides to fight the god of death and change his fate with his friends.

Subsequent works also mostly adopt this foreseeable setting, avoiding the disaster that should have occurred through various subjective or objective factors, and the so-called “death” can also be understood as the law of nature not allowing them to escape from the original Fate, so through all kinds of accidents to take their lives.

Those more detailed methods of death sharing bacteria will not be included in the article. Some are bloody, and most of them are quite uncomfortable. The audience of this kind of movie is a small part of the fans, although it has a horror movie atmosphere, but It’s not the type that fans of horror movies like.

The works in this series have always given people the feeling that death is coming to kill, but it clearly implies that the audience will not have any scary monsters in this movie, so even the fainthearted will not be afraid of this movie. The movie has always In explaining a rule, that kind of force majeure can only take the lives of the protagonists through accidents.

The death methods of the first two parts are relatively common. From the initial car accident to the accidental explosion during the picnic, the subsequent death rules become more and more strange, such as falling objects from high altitudes, being strangled by iron wires when falling down in the bathroom, train passing by and on the tracks. The metal collision caused the fragments to fly and die. Anyway, there is only you can’t think of it, and there is no director that can’t shoot it.

If you are interested in the “Final Destination” series, you may wish to take a look at the first part, I believe you will watch the entire series. 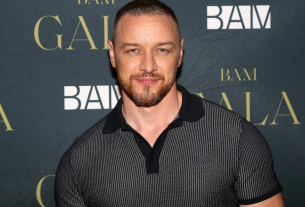 Rumors that Amber Heard borrowed money from friends to raise compensation, but no response