Most of the gang is back – but the sense of fun that catapulted the original to success is drowned out by desperation in this bigger, louder follow-up crime caper.

Being a Hollywood sequel, Now You See Me 2 of course comes supersized. 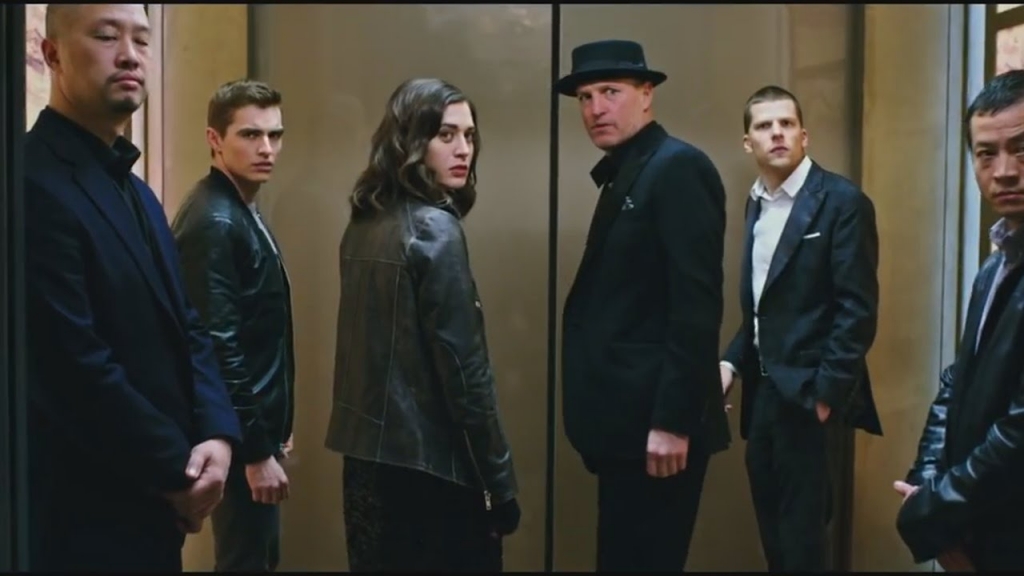 It’s significantly longer than its predecessor, running over two hours. The first film took a short detour to Paris, but otherwise stayed in the States; Now You See Me 2 jumps from America, to China (in an obvious effort to court the Asian market), and finally to England. The plot boasts higher stakes. Its melee of characters has grown to include a hammy new villain, played by Daniel Radcliffe. And Woody Harrelson is back, playing not one, but two characters … they’re twins.

Now You See Me, a jazzy heist caper that became a surprise hit in the summer of 2013, had an energising bounce to it, courtesy of French film-maker Louis Leterrier, even though it didn’t make a lick of sense. By contrast, Now You See Me 2 plays like its try-hard cousin: it wants so badly to win you over that the desperation is off-putting. The film, like the smug magicians that populate it, showboats by throwing more of everything at the screen. Critically lacking is the sense of fun that characterised its predecessor.

Most of the cast is back, save for Isla Fisher, whose comedic talents were underused in the original, playing the lone female illusionist of the bunch. Tasked with filling her shoes is Lizzy Caplan, who is afforded more barbs than her Bachelorette co-star, lending the pic a bit of spark. 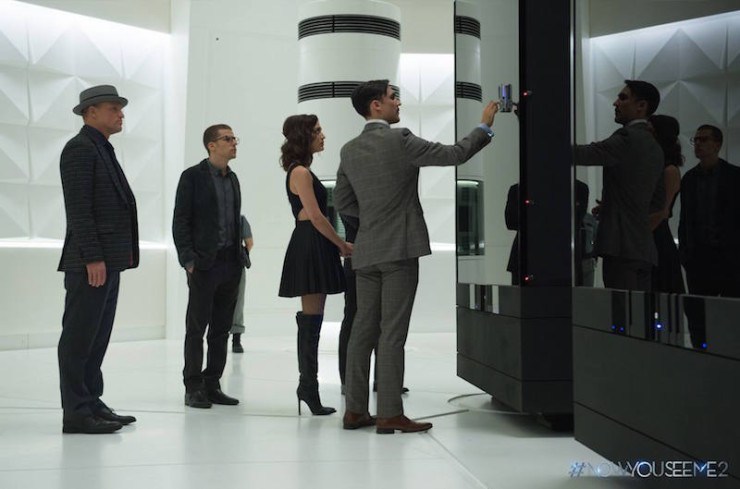 Harrelson, Jesse Eisenberg and Dave Franco, as the three other magicians that make up the Four Horsemen – David Copperfield’s answer to Robin Hood’s Merry Men – also give it their all. The same goes for Mark Ruffalo, as the Horsemen’s boss, who appears to have walked in from the set of Spotlight, forcefully emoting his way through the whole parade. It’s unfortunate then that Ed Solomon and Peter Chiarelli’s screenplay underserves them completely by not bothering with any semblance of character development.

Instead we’re treated to a series of gotcha stunts, courtesy of the quartet, who are still on the run from the feds, one year after outwitting the FBI and enacting revenge against magic debunker Thaddeus Bradley (Morgan Freeman). They resurface for a comeback performance to expose the wrongdoings of a magnate, only to fall into a trap orchestrated by Walter Mabry (Radcliffe), a tech prodigy who forces them into pulling off a seemingly impossible heist. 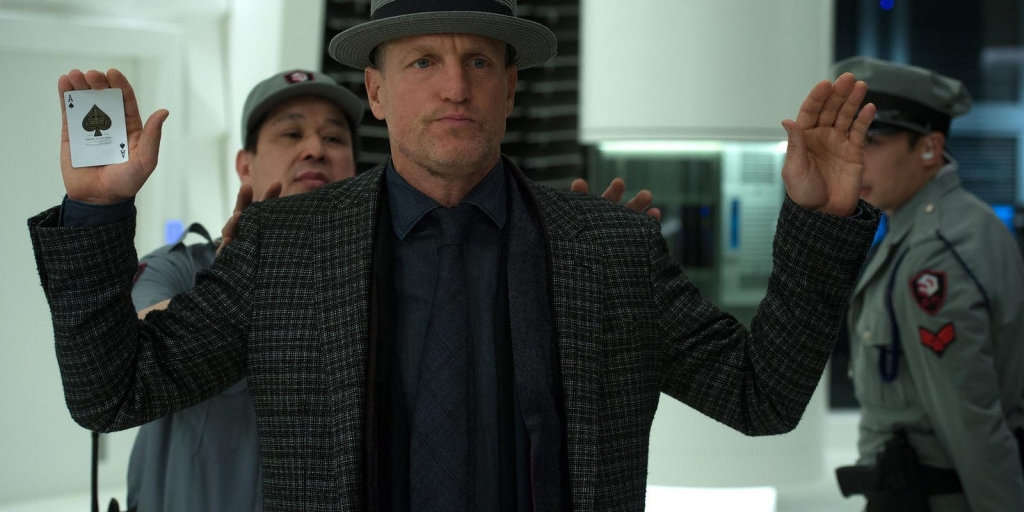 The do-or-die mission involves the Four Horseman attempting to steal a chip that has the power to de-encrypt every computer in the world (yes, every). It also leads to the film’s most inane set piece, where the group manoeuvre the chip, embedded in an ace of spades, between themselves after gaining access to a heavily guarded vault. For what seems an eternity, the CGI card gets flicked around from Horseman to Horseman, flying through the air, and at one point, down Eisenberg’s pants. If this all sounds thrilling, then more power to you.

Incoming director Jon M Chu (best known for making the second and third Step Up dance films) is a visibly slick choreographer: he stages a grand finale in London on New Year’s Eve with impressive precision. But his skills and a willing cast can’t overcome a story that stubbornly refuses to embrace its inherent dumbness in favour of pointless convolutions. Where’s the fun in that?