Today I will bring you “Brother’s Keeper”! Movie fans should not miss the freshly released high-quality niche movies!

“Brother’s Keeper” has been screened at this year’s Berlin Film Festival. It is a work from Turkey.

The film uses a seemingly everyday story to make a sharp satire on bureaucracy and authority!

This is a movie related to education.

“Brother’s Keeper” exposes all aspects of the malfunctioning education system from the accidental illness of a student, and then rises to a deeper problem in the system!

The film can be regarded as a model of seeing the big in a small way!

With the support of the Turkish Ministry of Culture and Tourism, the 58th Antalya Golden Orange Film Festival hosted by the Antalya City Government came to an end after the closing ceremony and awards ceremony.

When announcing the award, the jury gave the reason: “We awarded the award to “Brother’s Keeper” because it made a powerful and convincing criticism of the strict homogenization system for children, with a deep and clear view. The story is told in a way without resorting to drama, and the actors have superb performances.”

In addition to the best film, “Brother’s Keeper” also won the best screenplay award for Ferit Karahan and Gülistan Acet.

“Brother’s Keeper” is adapted from director Ferit Karahan’s own experience.

The film tells the story of two friends, Yusuf and Memo, at a secluded Kurdish boy boarding school in the mountains of Eastern Anatolia.

When Memo fell ill unexpectedly, Yusuf tried to help his friend, but was forced to struggle with the bureaucratic obstacles set up by the school authorities…

Yusuf asked for help from the student teacher principal all over, helpless and angry.

At an age when they should have enjoyed the friendship of beauty and friendship, they had to face the indifference of human feelings and the darkness of society.

Although the subject of “Brother’s Keeper” is just a seemingly everyday story that happened to two young students in a boarding school.

But “Brother’s Keeper” revolves around the mysterious illness of one of them and tells the follow-up story.

When the cause of the disease finally came to light, the audience suddenly realized that the narrative design of the film gave the whole incident a suspenseful reasoning temperament.

The solid script makes the rhythm of “Brother’s Keeper” take a turn for the better.

With the logically meticulous script, the various details and clues at the beginning and end of the film are closely connected, which makes people feel some interesting and surprising.

The entire process of resolving and deciphering the incident included the friendship and responsibility between the students, and the irony of bureaucracy and authority.

In addition to the surprise, the audience also had to admire the director’s keen perspective.

He cut a small mouth from campus life to get a glimpse of social sentient beings.

The up-and-coming Kurdish director, Ferit Karahan, used a trembling lens and through the eyes of Yusuf, he watched the school’s iron-handed management while the teachers shirked each other’s responsibilities and opened up the mystery of the serious illness of the boys.

The dying stale system and oppressive environment make children only learn to bury friendship, innocence and feelings under bullying and lies, so that the fittest can survive.

Everyone in the film is a victim of the power system, including the principal who was “relegated” to this boarding school.

Although there are also plots where teachers and staff shirk each other, these people are only oppressed individuals in the system, but they are not at the bottom.

Further up, there are the country and ethnic issues.

The Kurdish region has been contested, oppressed, and exploited by various regimes for thousands of years.

It cannot be independent, and there have been tensions between Turkey and the Kurds in the territory.

Turkey’s Anatolia region seems to provide a natural dry and cold scene for creation, and the entire school is shaped like a prison.

From the perspective of the film, it was mainly set up to assimilate and control Kurdish children.

Coupled with the natural dilemma of long-term heavy snowfall, the entire school is simply a camp.

Within 85 minutes, the heaviness and suffocation brought by the oppression of power were everywhere.

At the end of the film, the child’s eyes looking into the camera seemed to be questioning silently, but who can give him an answer?

All in all, this movie can definitely be regarded as one of the must-see works of the year.

“Brother’s Keeper” gazes at the political system, resource allocation, regional disputes and gender imbalances of the entire country with the scorching eyes of children.

Audiences who like this type definitely want to watch, the film is niche, remember to treasure it! 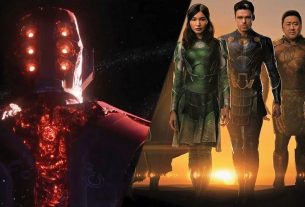 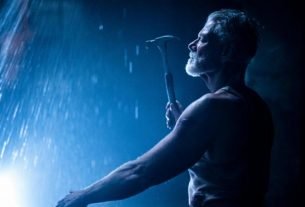 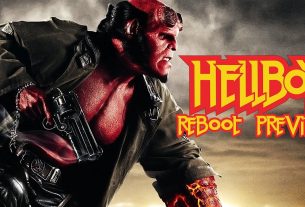 Hellboy: Rise of the Blood Queen