‘The Son‎’ , the first trailer for the new film in the ‘Family Trilogy’ series to which ‘The Father’ belongs, focuses on teenage depression. The son has this disease, the parents are angry or helpless, “I have done everything for you?

The film has been scheduled for a Northern America theatrical release on November 11 this year, and has also been selected for the main competition of the Venice International Film Festival.

‘The Father’ explores the devastating effects of Alzheimer disease on human emotions, while ‘The Son’ focuses on teenage depression, also adapted from a play of the same name written by Zeller, who also wrote the screenplay for the film version with Christopher Hampton.

The film follows Peter (Hugh Jackman) as he leads a busy life with his new partner Emma (Vanessa Kirby) and their newborn child.

But then Peter’s ex-wife Kate (Laura Dern) shows up with their troubled and angry adolescent son Nicholas (McGrath & Cobell in a different age group) in mind and everything becomes chaotic.

Peter strives to be a better father and to help his son with intimate, nature-driven family happiness. But Nicholas’ current situation sets the family on a dangerous path, and they must do everything they can to stay together.

Zeller has created three theatrical productions with a family theme, and now the last one, ‘The Mother,’ remains without a film version.

Related Post: ‘The Son‎’ is set to hit theaters in Northern America on November 11 this year. 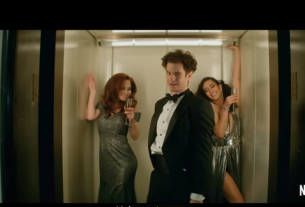 Documentary Revealing the Cause of Monroe’s Death “The Mystery of Marilyn Monroe: The Unheard Tapes” Releases Official Trailer, it will be online on April 27